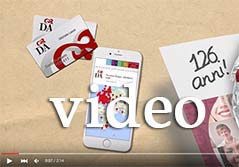 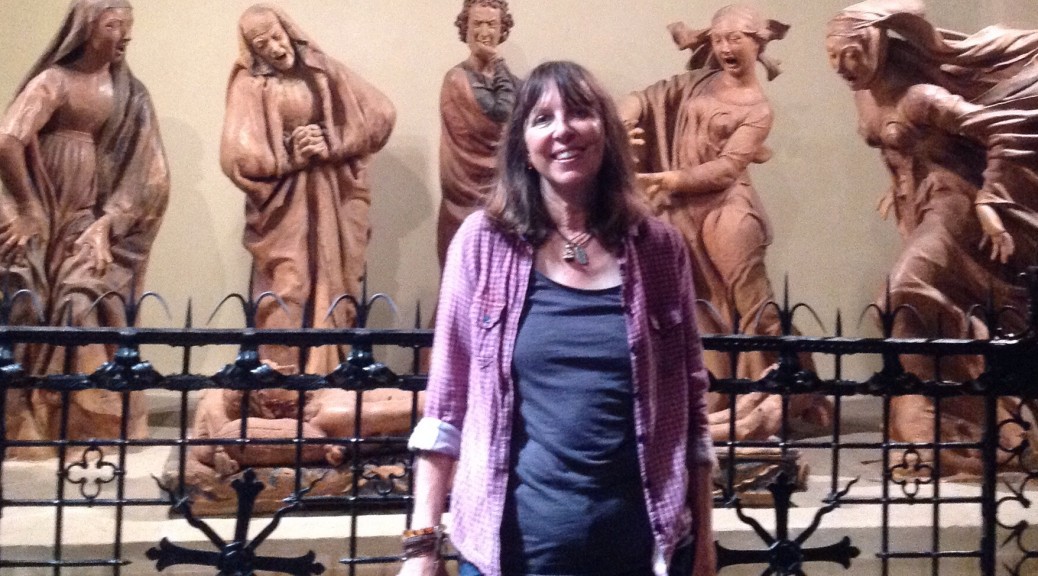 THE Dante Alighieri Society committees are over 500, including about 100 in Italy and more than 400 elsewhere in the world. 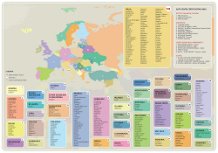 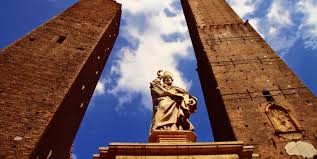 The first is due to the presence of a University that dates back to 1088, the oldest in the Western world;

the second features the best tradition of hearty cuisine and opulent; 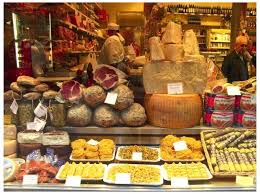 the third for the reflections of the bricks with which since the middle ages were built towers and palaces butin more recent times, the red color makes us think of the "red" Ducati and Ferrari, Lamborghini and Maserati to make Bologna and its region the "land of engines". 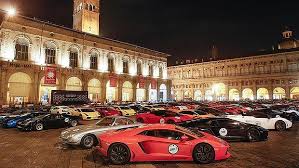 the ancient seat of the University which houses the impressive anatomical Theatre, where they were dissecting cadavers during lectures in medicine and Anatomy, means making stage in place that for centuries has been one of the leading and most fervent landmarks of European knowledge.

The picturesque old town, one of the best preserved in Europe, where are the ancient palaces and churches rich in works of art, is characterized by its 40 kilometres of porches, that make the city unique in the world. As early as 1100, when the growth of the University led to invent new urban space, the porches have become a public and private place of sociability and business, outdoor seating area very symbol of bolognese hospitality. The portico di San Luca, linking the town to the sanctuary of Colle della Guardia, It is the longest in the world (3,796 meters and 666 arcades). Climb walk is tradition in case of thanks received from those series to lighter ones, as an aid in love or for an exam. The porticoes of Bologna are history, tradition, Urbanism and architecture, and for these reasons are candidates to become UNESCO World Heritage site. 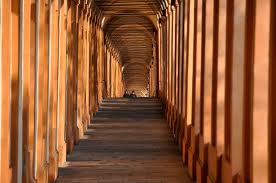 "Oftentimes, at two in the morning, back in my lodging, in Bologna, through these long porches, the soul enhanced by those beautiful eyes that I had just seen, passing those palaces which, with its large shadow, the Moon drew the masses, I happened to stop, oppressed by happiness, to tell me: how wonderful it is!" (Stendhal, Voyages en Italie, 1826) 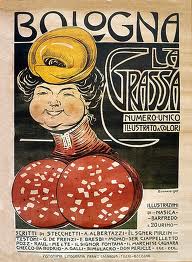 “When you hear talk of the bolognese cuisine take a curtsy that deserves ". To weave this enthusiastic praise of bolognese food is the great Pellegrino Artusi, in his famous gastronomic Treaty released at the end of the 800. In his lucky Cookbook reserved large space to the culinary tradition of Bologna, indicated to the attention of the whole Italy. 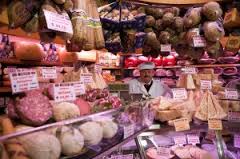 If we move later in time, we see that the imaginary perception of the city as paradise of delights for the palate unfamiliar with inflections. In the gastronomic Guide of Italy of the Italian Touring Club, published in 1931, it is stated that Bologna is a place where "the love of the canteen is giocondo satisfactions more complete, nice atmosphere and for their protection". 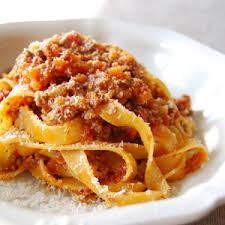 For each DOC bolognese eating well is a top priority. 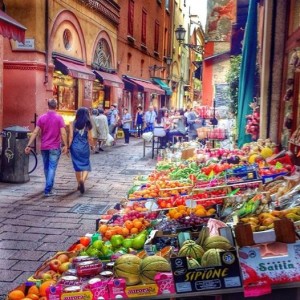 Near to the famous basilica di San Petronio there is the old "middle market" where foodies would not know of course which featured watch. The traditional local specialty stores are the perfect example of bolognese hedonism, with meats and cheeses of all kinds, but rigorously crafted to satisfy the most demanding palates. Not surprising, then, that the regional economy is based on the food industry. 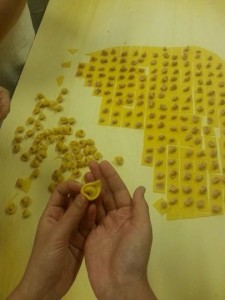 Not surprisingly, typical products of this region are the prosciutto di Parma, Parmigiano Reggiano, the ’ balsamic vinegar and the mortadella di Bologna. Three of these products, ham, parmesan cheese and mortadella, are the fundamental ingredients of tortellini, famous throughout the world.

"You eat more to Bologna in a year in Venice in two, three in Rome, Turin and Genoa five in twenty" (Ippolito Nievo, Confessions of an Italian, 1867). 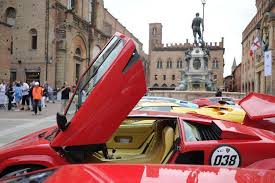 Bologna is the capital of the world's most famous for the concentration of automotive companies, the so-called "land of motors", for excellence in field of automotive and racing culture. The Red Ducati and the Red Ferrari, the Lamborghini, the Maserati have always been fascinating and power icons.

Just A few minutes from the historic centre of Bologna is the Ducati Museum and Factorywhere you can find out how it is built one of the world's most famous bike; at Sant'Agata Bolognese is the legendary Lamborghini; in the historic Galleria Ferrari Modena, with the new Home-Enzo Ferrari Museum; Finally in Maranello you can try “the Red” and do a test drive on the road driving a Ferrari F430! 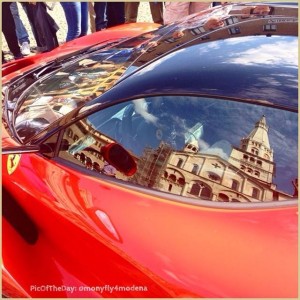 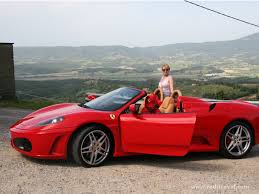 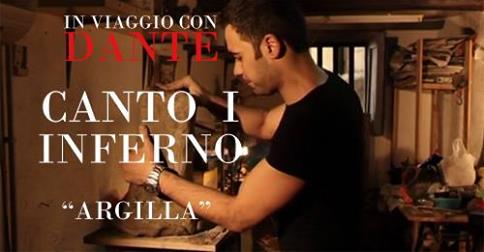 The video, created by Dante Alighieri Society, inspired by the work of the great poet, was presented to the public by Rai Italy. 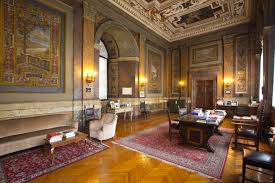 IL MONDO IN ITALIANO – In the heart of Rome, headquarters in more than 400 locations in 60 countries. The Società Dante Alighieri, a veritable multinational of our language. And the cultural arm of the Farnesina. 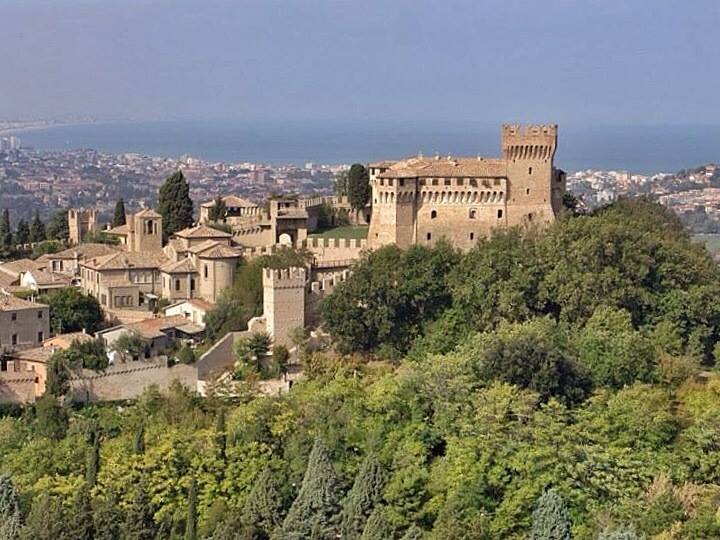 The Dante Alighieri cultural stays offer a rich programme of guided tours and excursions to explore the territory, knowing the history, art and traditions. Are aimed at those who want to improve Italian in preparation for the frequency of a university course of studies in Italy and all those who want to Learn the language without giving up the pleasure of a holiday.

The cultural programme takes place from Monday to Friday, from 9.30 to 13.00 and provides guided visits to places of historic and artistic interest in the city of Bologna, as the incredible Complex of “Seven Churches” piazza s. Stefano, the terracotta of the masterpiece Lamentation over the dead Christ by Niccolò dell ’ Ark, the wonderful Archiginnasiothe visit to the characteristic historical center Quadrilateral etc. (see the page “ACTIVITIES’ CULTURAL AWARENESS” of this site) preceded by an introduction in the House.

The morning program, you can add optional tours and excursions, afternoon or everyday, such as:

This website uses cookies to improve your experience while you navigate through the website. Out of these, the cookies that are categorized as necessary are stored on your browser as they are essential for the working of basic functionalities of the website. We also use third-party cookies that help us analyze and understand how you use this website. These cookies will be stored in your browser only with your consent. You also have the option to opt-out of these cookies. But opting out of some of these cookies may affect your browsing experience.
Necessary Sempre abilitato
Necessary cookies are absolutely essential for the website to function properly. This category only includes cookies that ensures basic functionalities and security features of the website. These cookies do not store any personal information.
Non-necessary
Any cookies that may not be particularly necessary for the website to function and is used specifically to collect user personal data via analytics, ads, other embedded contents are termed as non-necessary cookies. It is mandatory to procure user consent prior to running these cookies on your website.
ACCETTA E SALVA